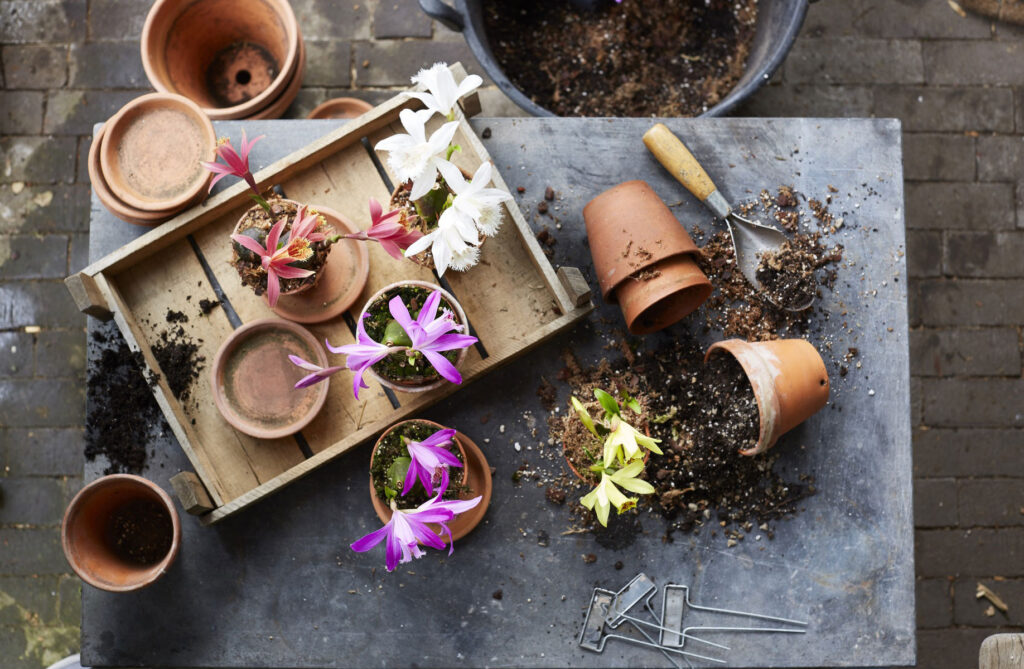 The Garden Orchid brings the tropics into your back garden

Do you want the exotic beauty of orchids in your own garden? That’s possible, as these exuberant flowers are not only meant for inside use. With the easy, frost-resistant Garden Orchid you can bring the tropics into your back garden! Select the shape, colour and height you like most of this special family of garden orchids!

Whatever variant you decide to plant, at the first rays of the sun in spring the shoots sprout from the ground. They slowly unfurl their wonderful flowers, which you will be able to enjoy for weeks. This perennial plant keeps forming new shoots underground, so you can expect more fabulous flowers every year, even in the darkest corner of your garden.

Also read: Orchids on your terrace or balcony The Calanthes within the Garden Orchid family originate mainly in Japan. There are almost 200 species, most of them occur in the Far East. You will find different types of Calanthe even in Central America, tropical Africa and Australia. The name is a contraction of the Greek words Kalos (beautiful) and Anthos (flower). The flowers of Calanthe are indeed very beautiful, and there is probably no other type of orchid with such an enormous variety of colours and shades. In addition, there are species that have a very pleasant smell. In Japan especially the Calanthe has a large number of enthusiasts who even enter their plants for competitions. The Japanese name is Ebine.

The plants grow well in an average garden soil, you can possibly mix some orchid soil through the soil in the plant hole. Provide a sheltered location in the shade or partial shade. The leaves stay on the plant in winter and can be covered with straw.

This plant was originally found in the Far East, China, Japan and similar areas. It was one of the first orchids to be cultivated in Europe, as evidenced by the fact that it dates back to 1794. The plant was first described in 1853. Because of the external similarities with Bletia (named after the Spanish botanist Don Luis Blet), the plant got its final name Bletilla.

A mixture of clay, sand and leaf earth is sufficient. If the plant is covered with leaves in the winter, you can enjoy it for years.
Location: sun or partial shade. The Bletilla can be placed near a swamp or pond, but also simply in the garden in a place that retains sufficient moisture. Cypripedium is the king of hardy orchids. Most varieties can easily handle temperatures of -25°C, and for some species this is not even cold enough. This orchid is only found in the Northern Hemisphere, in North America and North and South-East Asia. There is even one European breed, the Cypripedium calceolus, which is protected and subject to continuous camera surveillance in Great Britain. Cypripedium is also known as ‘Venus shoe’.

If possible, spit some substrate, fine gravel or coarse sand through the spot where the plants will be placed. Possibly some lime can also be mixed through the soil. In principle, the other treatment does not differ from other garden plants: fertilize in the spring, possibly later for additional leaf and root growth.

Pleione is a tuberiform orchid with spectacular flowers and is mainly found in South-east Asia. The plant was first described in 1825 and was initially called Epidendrum and then Coelogyne. Eventually, in 1903, the name Pleione appeared for the first time. In the garden it has a truly special appearance that during flowering overshadows all other garden plants, figuratively speaking. Unlike other members of the Garden Orchid family, this orchid can also be used as an indoor plant.

Soil type: preferably with a low pH / higher acidity. The colors vary from dark pink to snow white and all shades in between. The delivered plants have 10 – 15 bulbs, which when planting must therefore also be kept partially above ground, just as they are in the pot. Epipactis, or wasp orchid, only occurs in temperate or subtropical areas of the Northern Hemisphere in North America, Europe and Asia. However, the origin of the genus lies in the Old World. The botanical name Epipactis was given to this genus in 1757 by Johann Gottfried Zinn, a professor of botany at the Georg-August University in Göttingen, Germany. Epipactis is very hardy to over -20°C. In Dutch, Epipactis is called “Wespenorchis” because the flowers are pollinated by wasps. You can find Garden Orchids in the spring, when the plant is hibernating, at the better garden centres and florists. Check this website for more information.