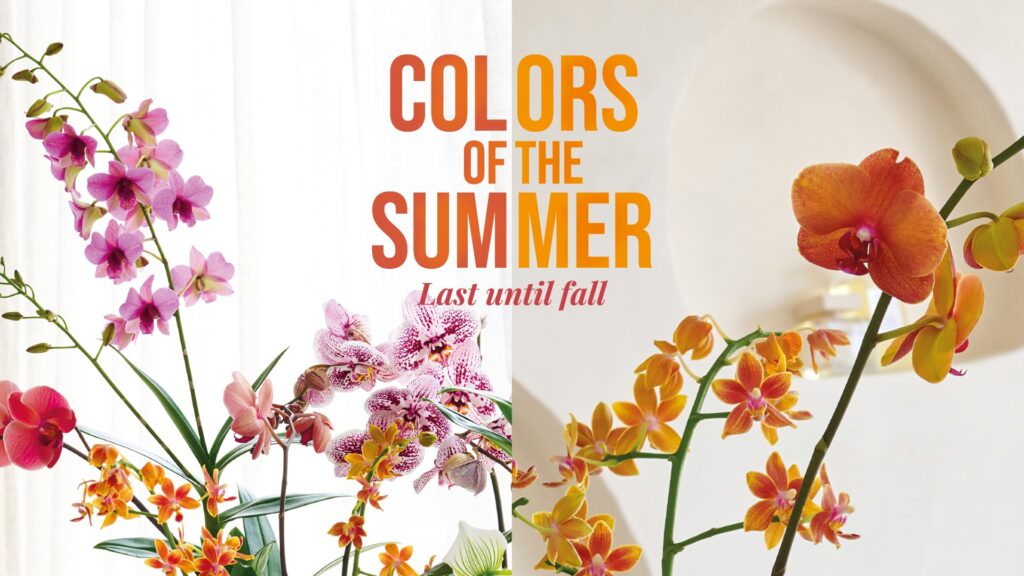 Orchids: colors of the summer, last until fall

08/29/2022
The orchid is known as the Queen of the plant kingdom. And did you know that orchids bloom longer than other types of flowers? If you buy an orchid now, in the summer, you can enjoy them until fall. Some orchids even bloom for months! Read on for more

The big variety of orchids

The orchid is one of the most popular flowering houseplants, with flowers of all shapes and sizes. Here are some different varieties with their flowering period: 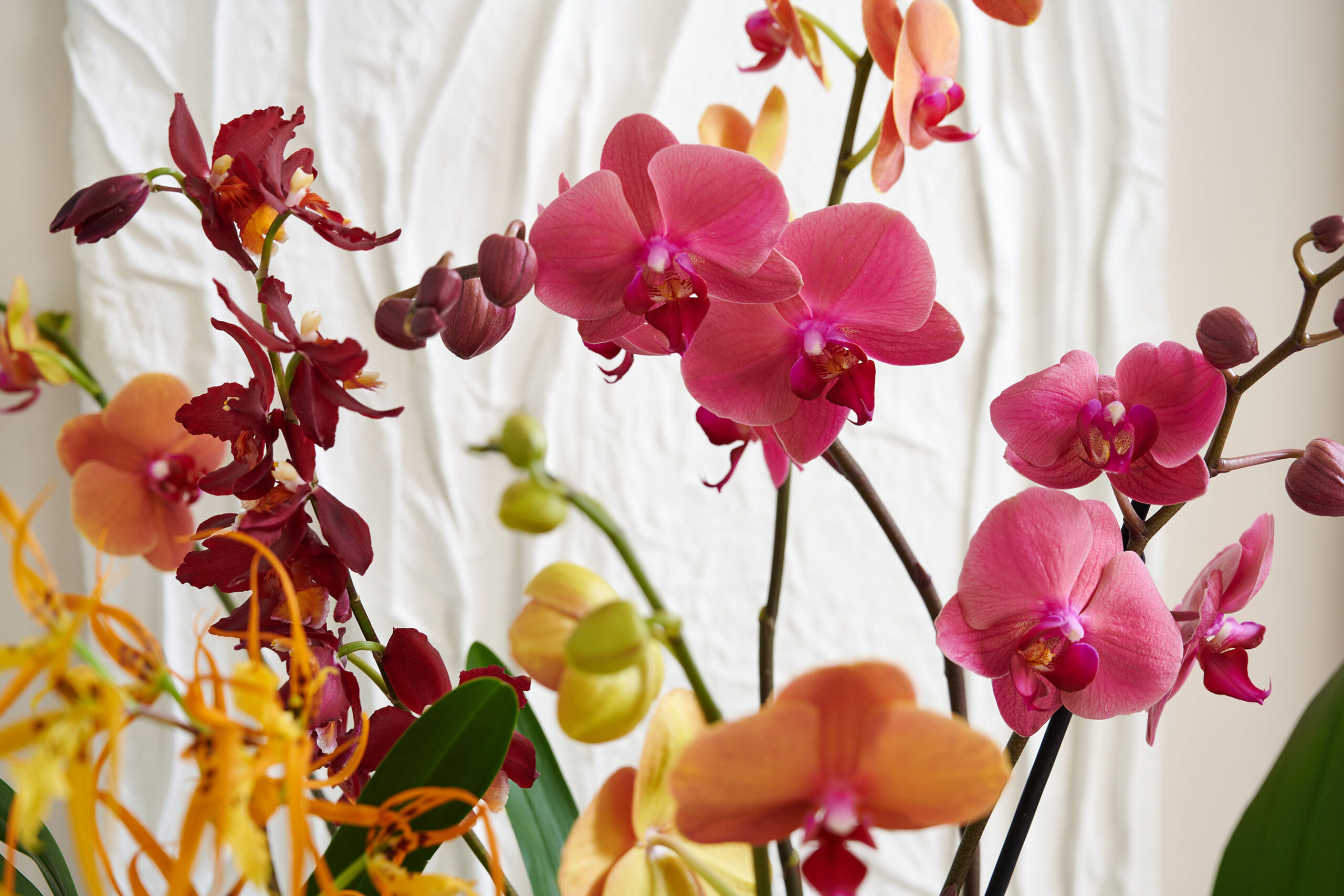 The Phalaenopsis is the most famous orchid. They easily flower for eight weeks up to months. Phalaenopsis comes in more than 20,000 different species, which differ in colour, amount of flowers, the height of the flower stalk, and the number of branches that the plant produces. Read more about Phalaenopsis. 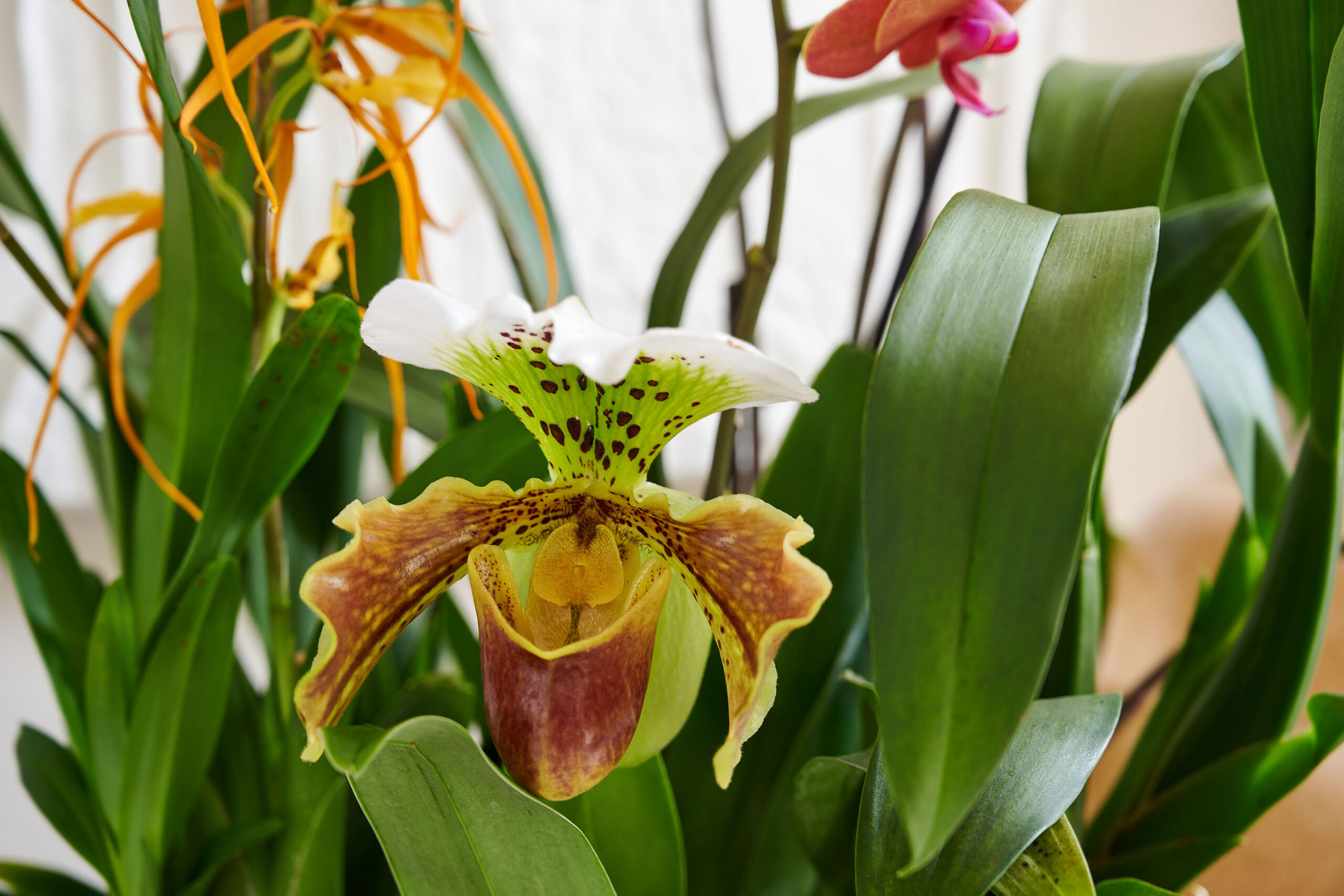 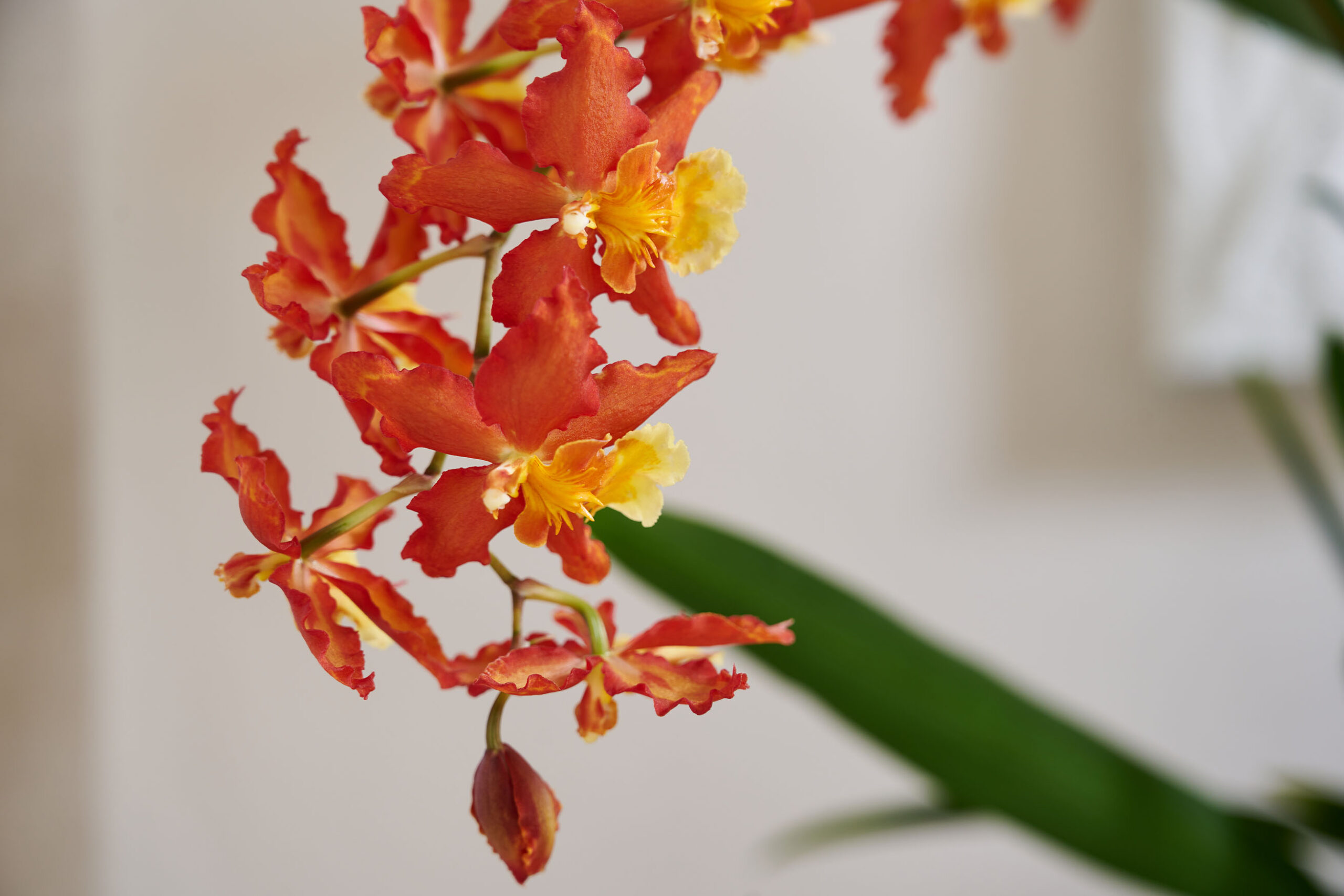 The average flowering time is six weeks. The flowers vary tremendously in size and shape: from one and a half centimetres to over ten centimetres and from star-shaped to almost round. The flowers are beautifully marked. Brown, red and purple are the colours that predominate, but there are also pink, orange and brown Cambria-likes and even a small number of white and yellow Cambria-likes with maroon markings. Read more about Cambria.

Orchid: happiness in its purest form

With the orchid you not only get a stylish addition to your home; you also experience a moment of happiness from nature. Consumer research shows that orchids take the top position in the list of houseplants associated with the feeling of happiness. For some because of the beautiful addition to the interior, for others, it is due to the long shelf life or getting the orchid back into bloom. 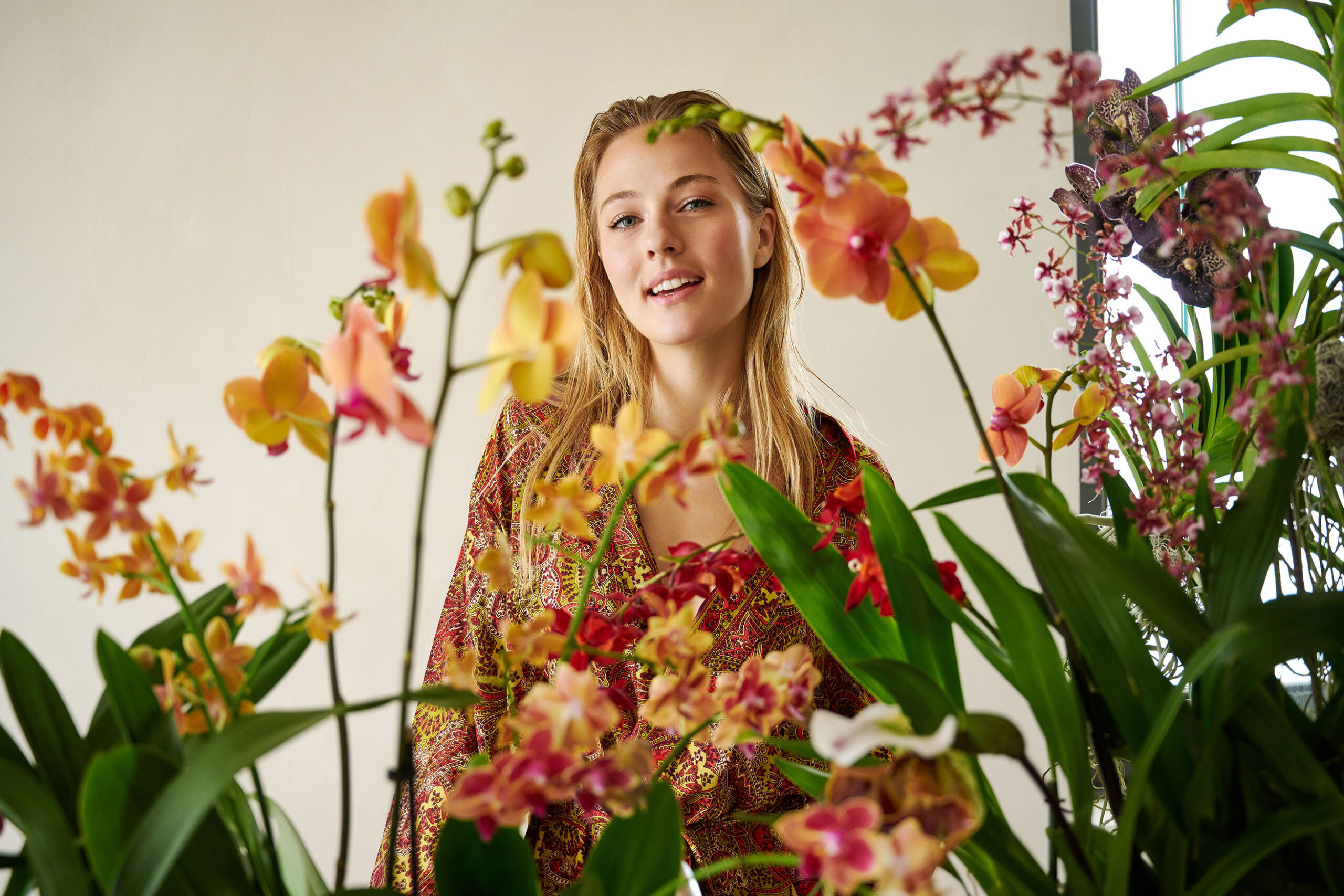 The exotic orchids are not only beautiful, but also easy to care for. A dipping bath of 10-15 minutes every week is enough to easily enjoy your orchid for 8 weeks. A few tips:

Read more about the variety and care tips per orchid here. 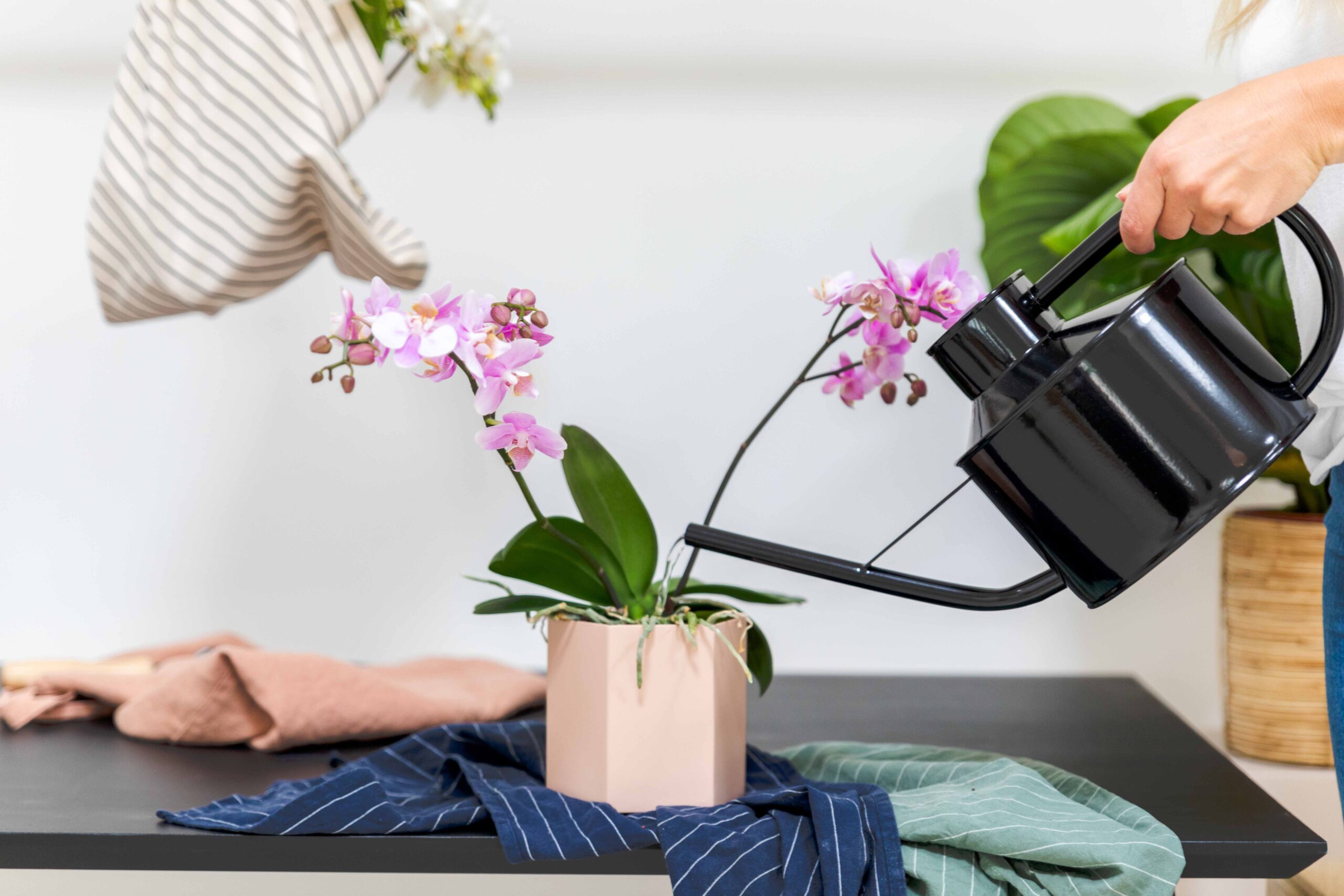 With spectacular colours, exciting shapes and breathtaking flowers the orchid is clearly no ordinary plant. The orchid instantly brings allure to a space and – contrary to popular belief – is a very easy plant. Few plants can be summed up as readily as the orchid: pure, nature, design and class! 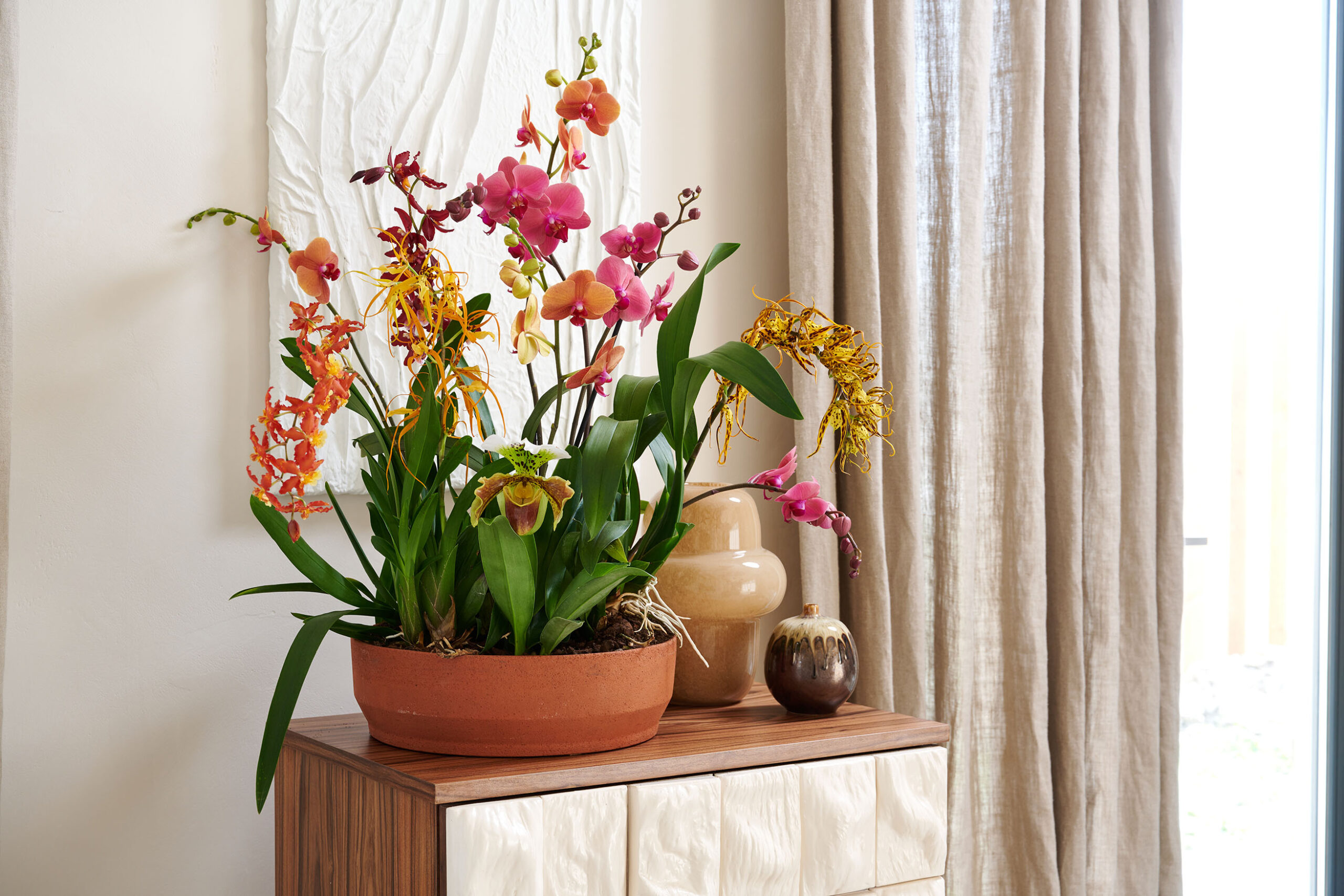 |  orchids Colors of the summer